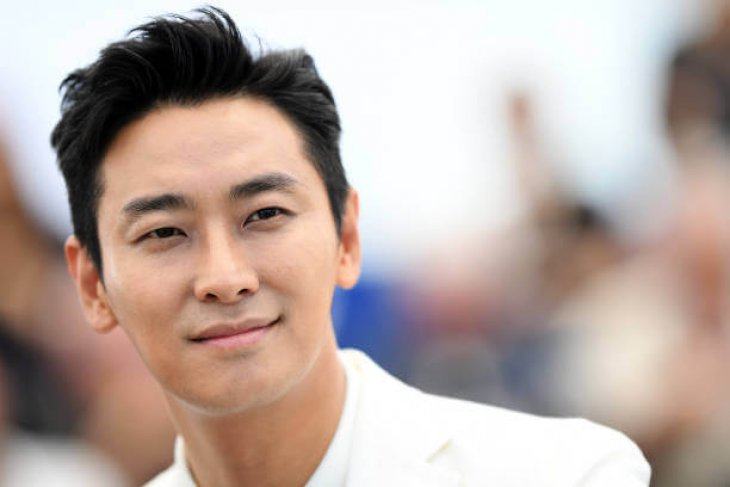 Top 09 Secrets To See General Eyebrows For Men The Most Standard Men In Personality, Wealth, and Wealth

According to anthropology, eyebrows are one of the six senses, which partly express the emotions of the face. Each person has a different eyebrow style, looking at the general through the eyebrows can partially predict the personality and destiny of the client. This has been studied and contemplated from time immemorial. If you want to see the eyebrow general to guess the man's character and destiny, please refer to the following article of Miss Tram - Natural Beauty Center ok

Dragon-shaped eyebrows have the following characteristics: 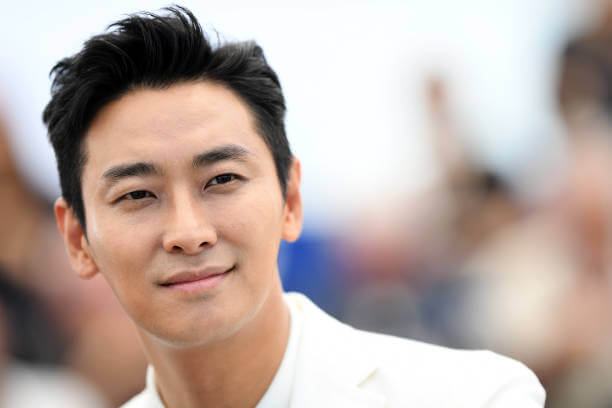 Men with dragon eyebrows are often very smart, talented and have a lot of luck on the path of career development. In the future, this man general will have many good opportunities to develop his career. In business investment, large business cooperation will certainly achieve unexpected success.

Regarding family life, this man general is also very happy. The family is full, the parents live a long life and the brothers and sisters in the house are full and prosperous.

Sword-shaped eyebrows have the following characteristics: 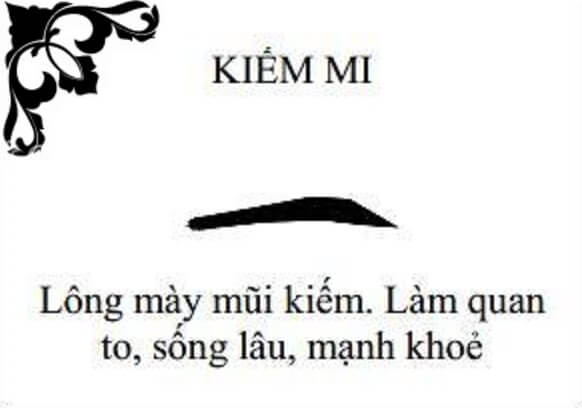 Men with this eyebrow shape attach great importance to their honor and credibility, are always responsible for life and often help people around.

In addition, this is also an intelligent and well-educated general who loves to explore and often becomes an expert in his field. If they can promote their abilities, sooner or later these men will become good leaders.

Tiger eyebrows have the following characteristics:

Men who own tiger eyebrows are usually mean, doing everything is sure and careful. This type of person is very strong and determined, so sooner or later they will build a solid and stable career that many people admire.

However, once they have decided on something, they will do it until the end, so they are often labeled as conservative and obstinate. The men with this general shape, though later life are not too rich, but they are also very affluent and well off. Regarding family life, the general with tiger eyebrows often conflicts with brothers and children. 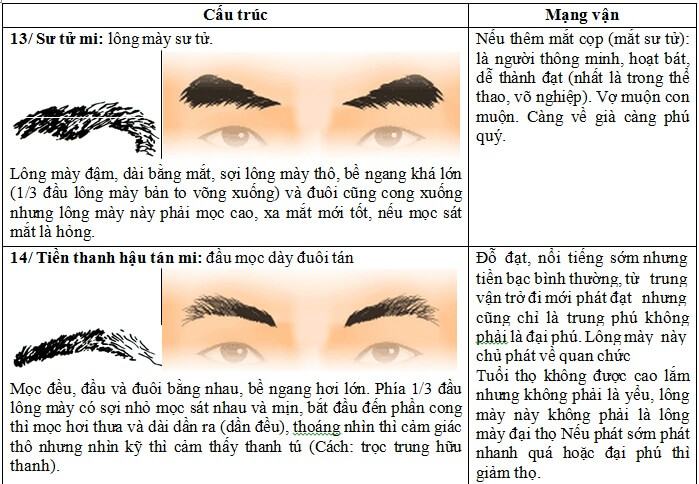 Lion eyebrows have the following characteristics:

Men with lion eyebrows are often intelligent and talented people from a young age. When growing up, reward early independence and fame, career from empty hands.

>>> Recommended articles: How Natural Eyebrow Embroidery Is Different From Tattoos

In life, these men often face many difficulties and failures, but they all overcome those hardships and move on stronger. This is the type of person who has patience and always makes efforts in life and is the ideal husband of many women. However, this general usually gets married and has children late.

5. The most rectangular eyebrows (horizontal eyebrows)

The most rectangular eyebrows are characterized by:

Men with this eyebrow shape are benevolent, intelligent, and temperamental. However, this type of person lacks tact in dealing with people, so it is easy to offend others.

In family life, they often get married early, but husband and wife always get along and live a long life together.

Broken eyebrows have the following characteristics: No matter how beautiful or bad they grow, there is a gap in the eyebrows, which does not grow or grows intermittently, unusually faint.

This is a bad eyebrow general, people with these eyebrows often have career ups and downs, ups and downs and bad luck in money matters.

There is also no harmony in the family, parents are in conflict, brothers and sisters do not help. Married life is also not so smooth. People with this eyebrow general should consider fixing their eyebrow shape to change their luck.

>>> Recommended articles: How Long does the Eyebrow Spray work?

7. See the general through the dark and light of the eyebrows

Man's Eyebrows too bold often take many risks in life. Love affairs also often fail and relationships about siblings and friends are also not good. 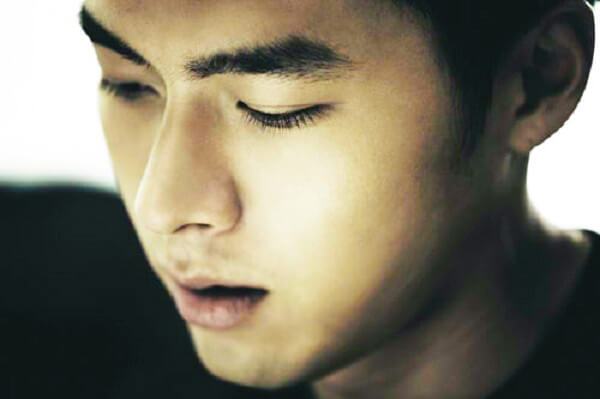 What about men with eyebrows? too pale has a cold, heartless personality. They often do not have the will to strive in life, just want to live a comfortable life, so their career name is not outstanding.

8. See the general through the short and long of the eyebrows

Men who have short eyebrows somewhat aggressive and obstinate personality. They like to work independently and do not want the help of others because of the view that they must always be self-sufficient. 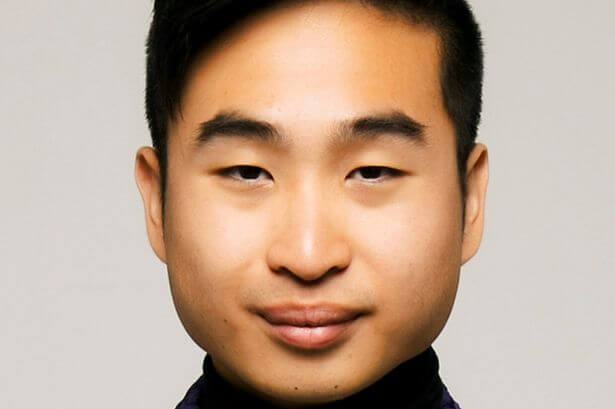 And those who have eyebrows are too long rich in love, have a number of peach blossoms. However, the personality is soft, weak, and indecisive. The fortune of this general is also not good, usually just a normal life.

9. See the general through the distance between the two eyebrows đầu

If a man's eyebrows have a distance between the two eyebrows of 1 - 1.5 knuckles of the index finger, this is the type of person who has an open, kind personality and often helps those around him. These men have many dreams and ambitions and are always confident that they will succeed. 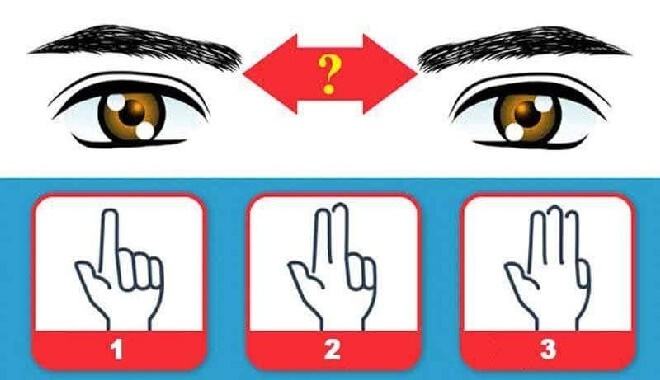 However, if the distance between these two eyebrows is too wide, it is a sign of an impatient man, or relying on intuition and not careful calculation.

Men with intersecting eyebrows are often adventurous, adventurous but easily excitable and uncontrollably calm in everything. Therefore, they often encounter unexpected accidents. People with this eyebrow shape should learn to be calm and careful in everything.

Men's eyebrows not only show their masculinity but also partly tell their personality and destiny. Miss Tram - Natural Beauty Center shared an article about looking at eyebrows, predicting a man's character and destiny. Hopefully this article will help you to be able to partly guess your fate and have ways to improve yourself to be better.

Check Out The Eyebrow Shapes With General Phu Quy 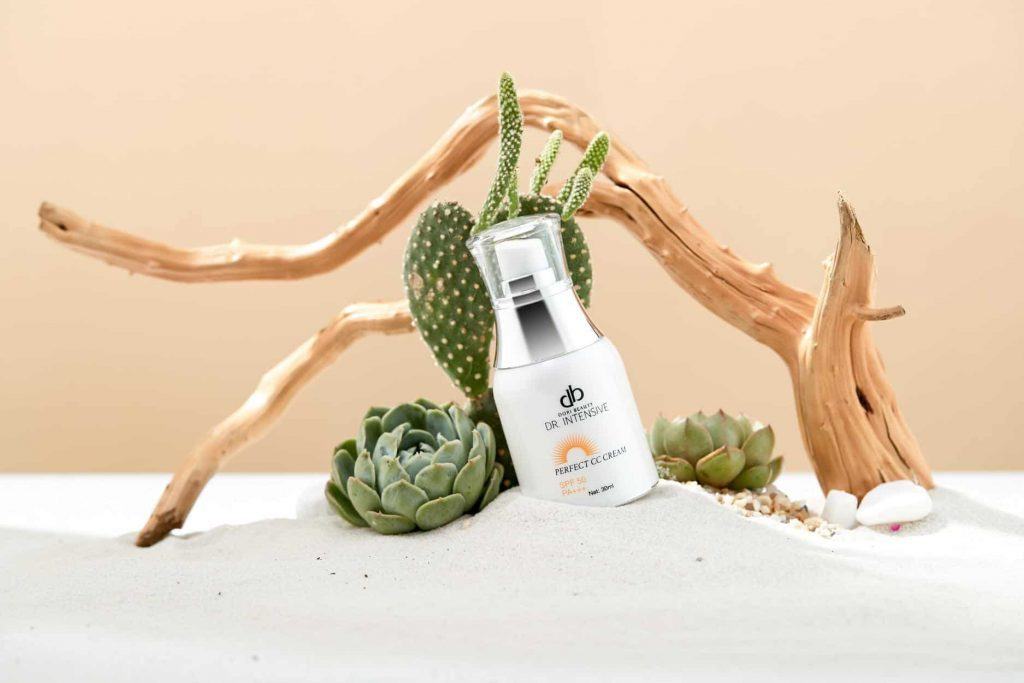 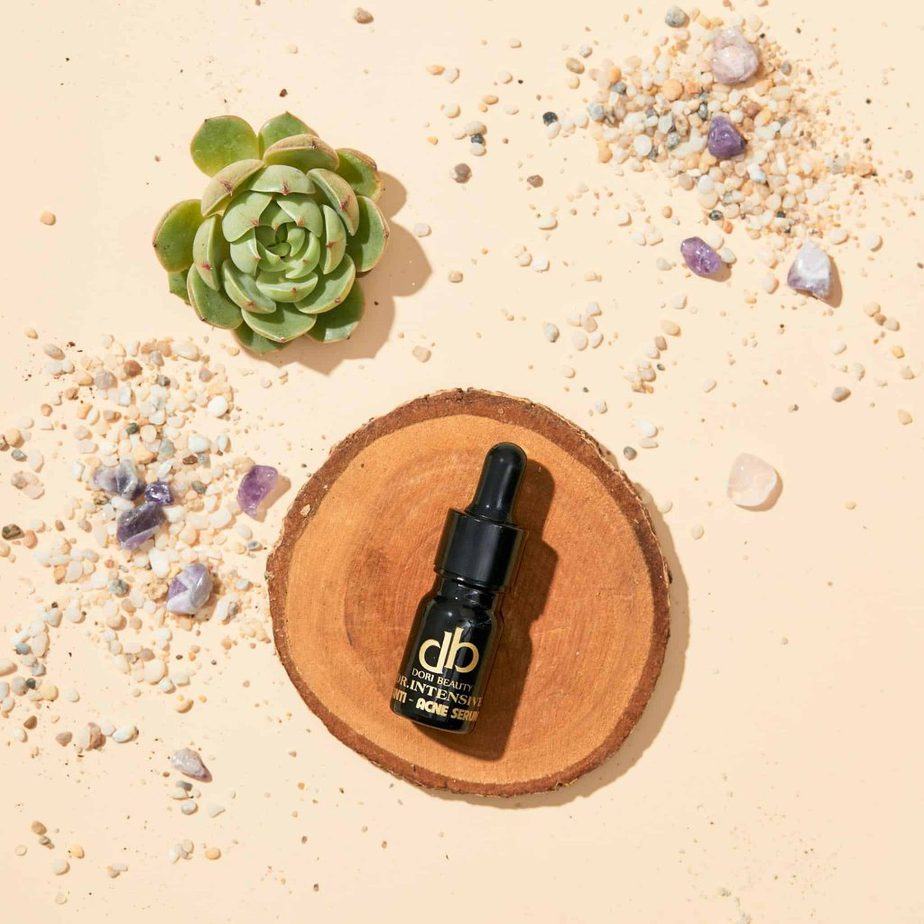 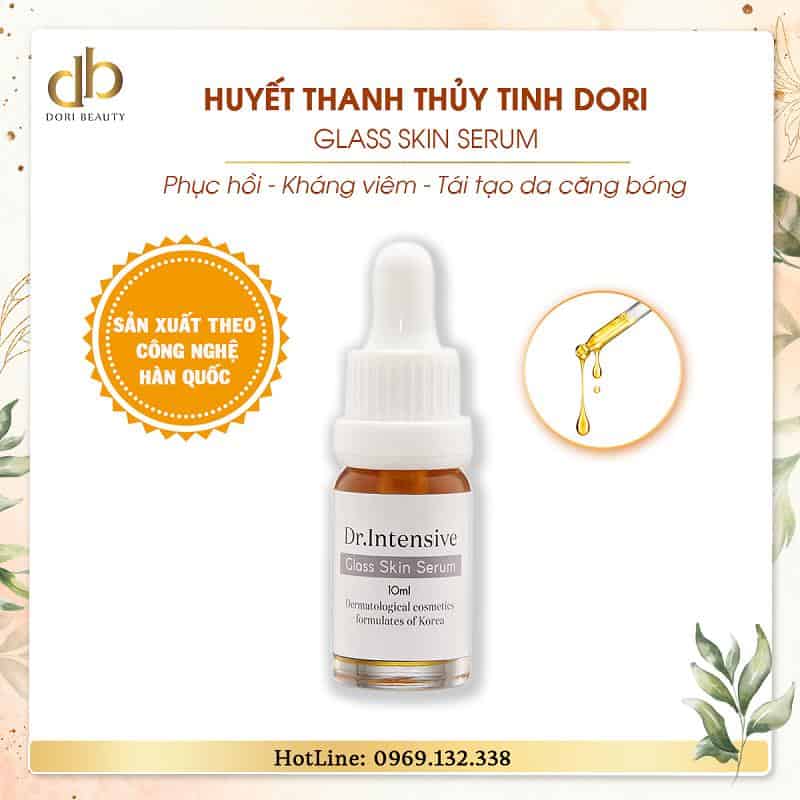 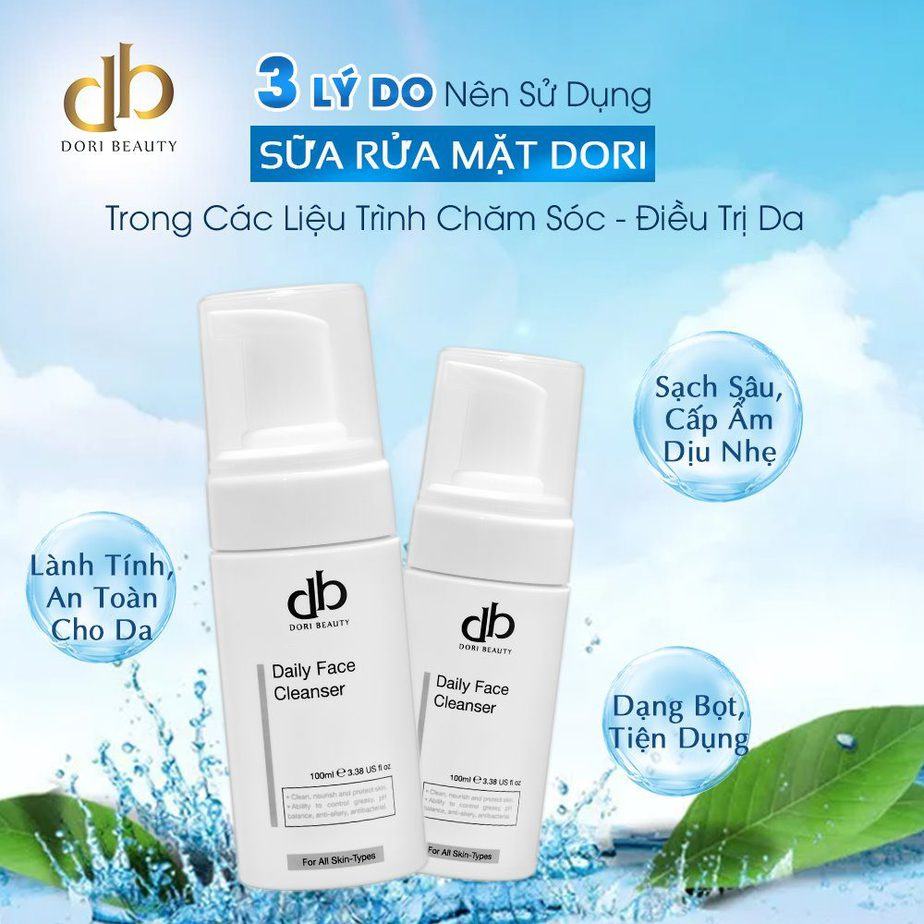 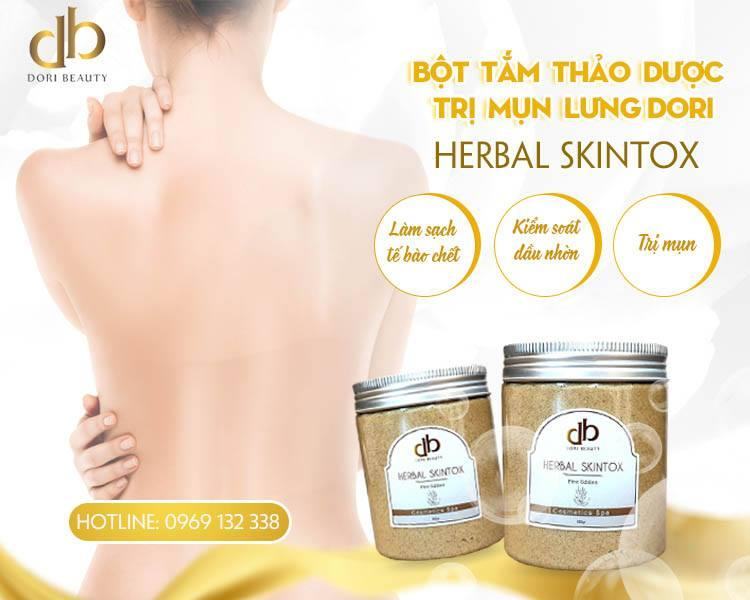 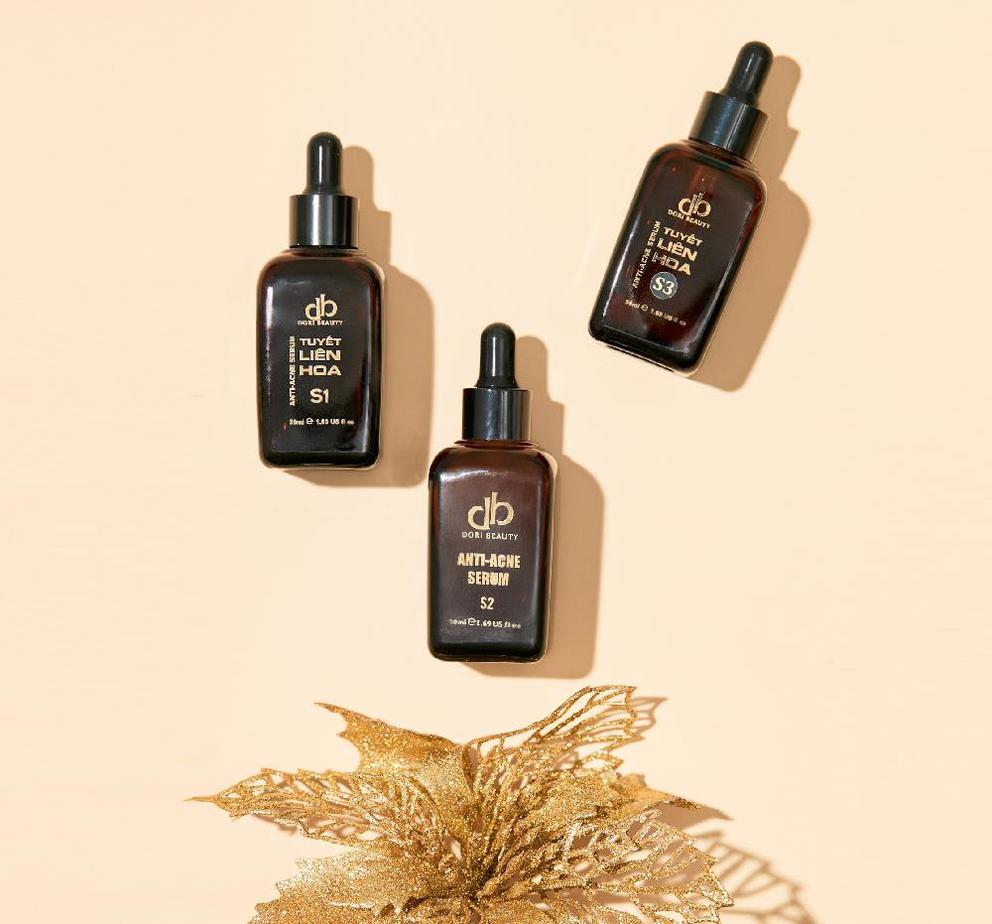 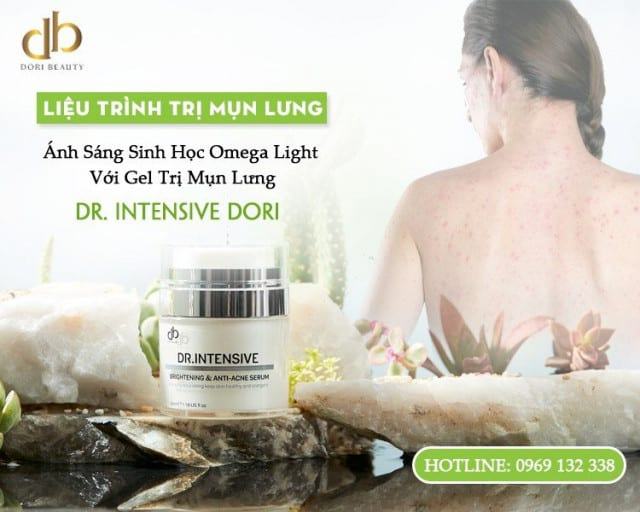 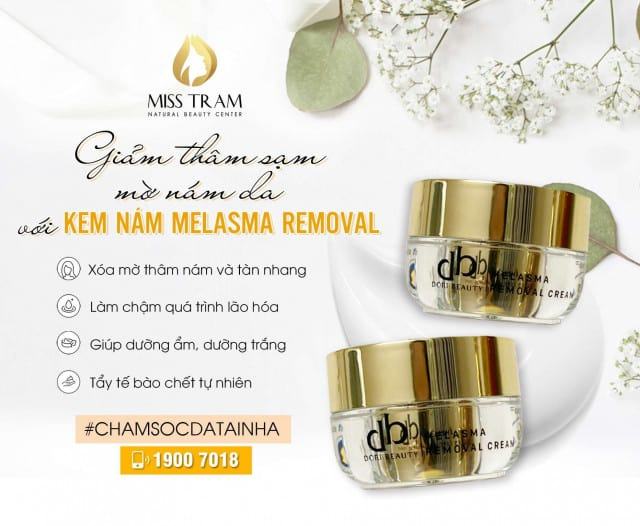 Most Viewed Posts on the same topic:

Check Out The Eyebrow Shapes With General Phu Quy 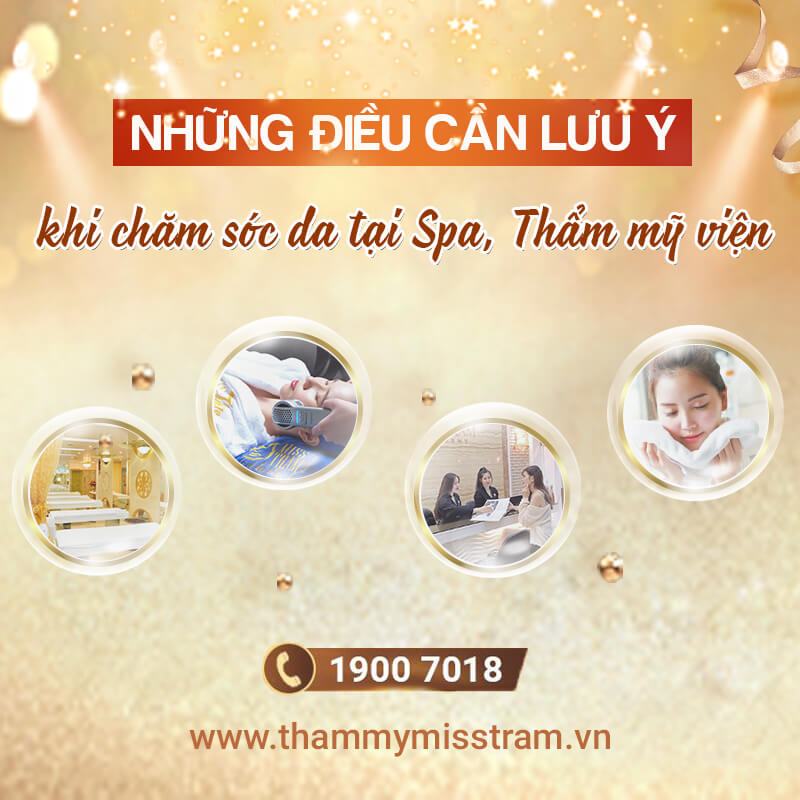 How to Fix Lip Spray 3 Days Not Fading

Spray Lips 2 Weeks Dark, What To Do

Spray Lips After How Long To Apply Lipstick